Apple wants you to pay for fuel through your vehicle’s CarPlay dashboard, and US gas pumps are now preparing to support this feature when it launches this fall.

Fueling apps are coming to CarPlay

One of the changes for CarPlay in iOS 16 includes support for fueling apps. Apple is hoping that this will enable drivers to start purchasing gas directly from their vehicle’s dashboard as soon as the updated CarPlay software rolls out this fall. You’ll be able to navigate to a gas station and buy fuel straight from CarPlay. And now, gas stations are laying the groundwork on their end to be prepared for the feature. Additionally, several oil companies are reportedly interested to make their apps work with CarPlay. But won’t this feature put Apple at odds with automakers? Read: How to stop getting Messages, WhatsApp and other app notifications in CarPlay

Vehicle makers have tried—and failed—to popularize gasoline purchasing from the car before. General Motors rolled out a system for doing so in 2017, but shuttered it earlier this year “due to a supplier exiting the business,” GM told Reuters in a statement.

The report adds that several gas pump chains in the US are already preparing for the new CarPlay feature, including Dallas-based HF which operates 1,600 gas stations across the country. The report doesn’t make it clear how or if revenue from fueling apps will be shared. Apple typically takes between 15-30 percent proceeds on app sales, but some app categories are exempt from that rule. Somehow it doesn’t feel like super-rich oil companies or gas pump chains will want to share proceeds with one of the richest corporations in the world. Another thing the report suggests is that fueling apps will come with their own payment systems (because you’ll be required to enter your payment details) that may or may not work with the Apple Pay feature. 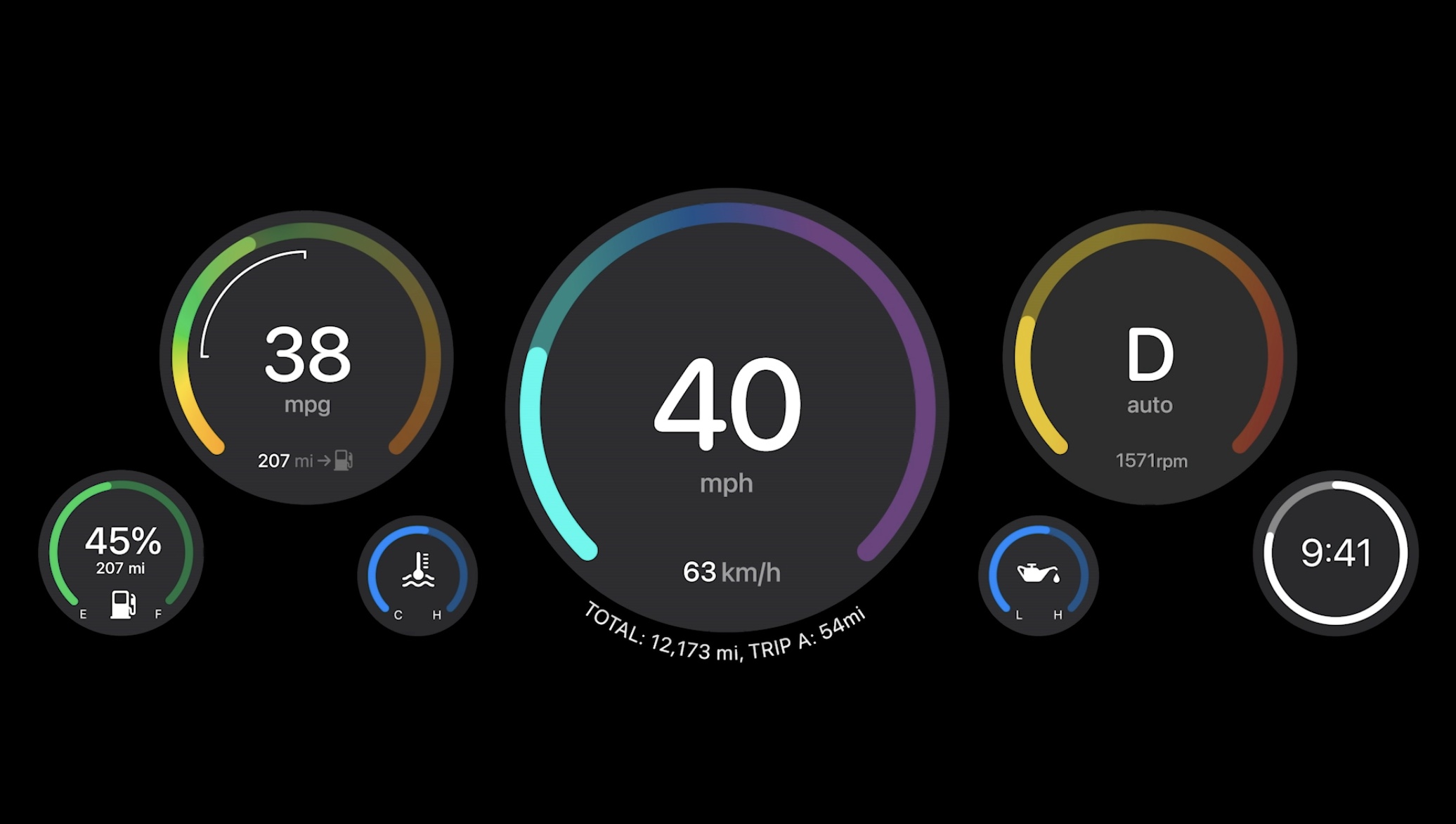 iOS 16’s CarPlay adds support for fueling apps (it already supports specialized apps for parking, electric vehicle charging and ordering food). Aside from fueling apps, CarPlay in iOS 16 also brings support for driving task software such as apps for logging mileage on business trips. “Your favorite apps that help you fill your tank and provide you with road information, toll support, towing help and more can find a home in CarPlay,” according to the official iOS 16 preview webpage.

CarPlay in iOS 16 represents a complete rethinking of the feature as we’ve come to know it so far. CarPlay in iOS 16 expands to all the screens in your car and is optimized for the vast majority of cars sold today. Not only can CarPlay now access speed and fuel gauge data from the car’s sensors but also lets you customize your dashboard with widgets, choose your gauge cluster design (including brand‑specific options), control the radio, HVAC and much more.