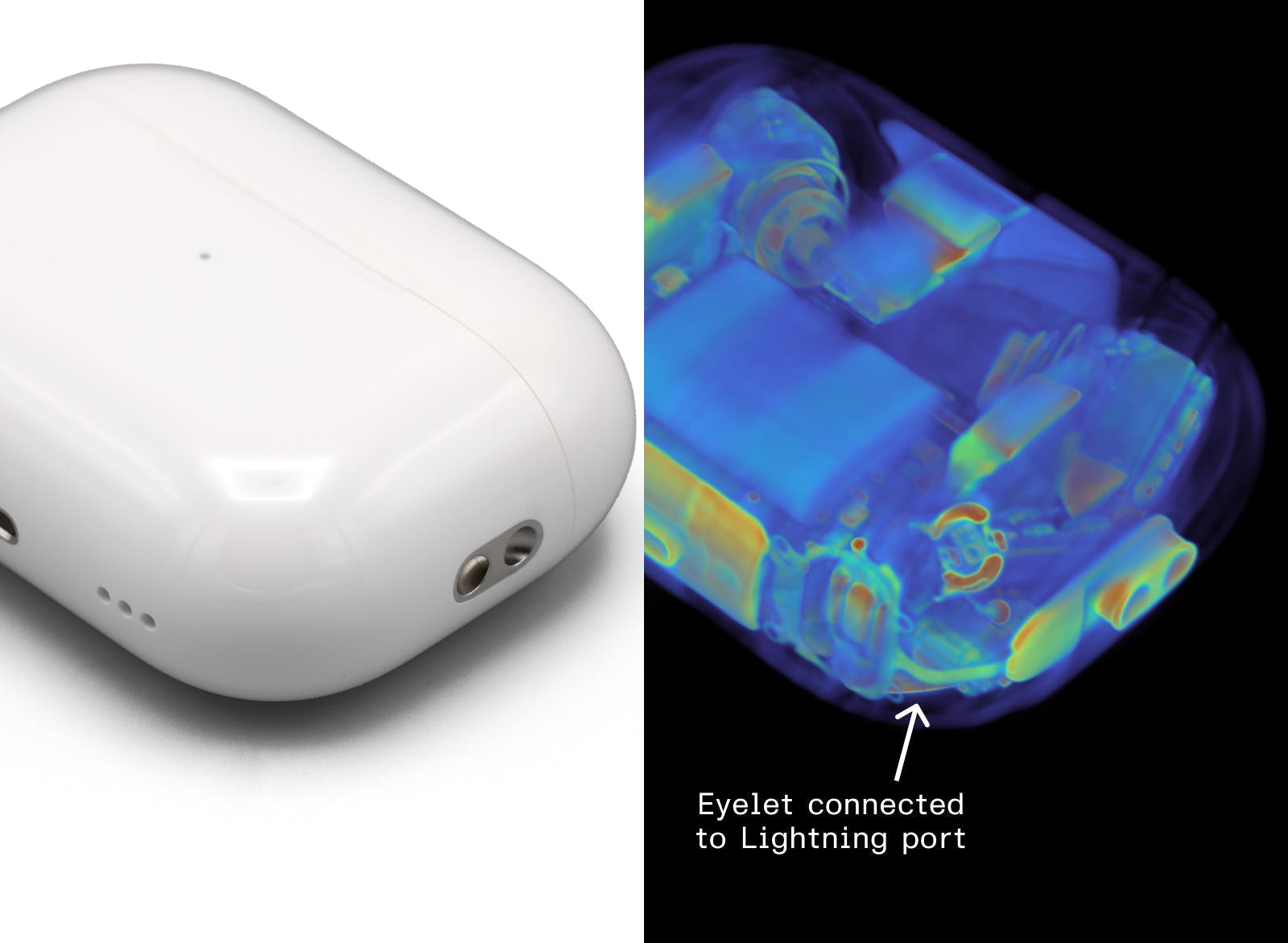 AirPods Pro 2’s charging case has a lanyard loop that might double as an antenna for Apple’s U1 chip and support improved tracking in the Find My app.

The new AirPods Pro charging case and its lanyard loop

Apple has made several improvements with the second-generation AirPods Pro to make their charging case work better with Find My.

For instance, the Apple U1 chip allows you to use Precision Finding to locate a lost case nearby. And with the newly integrated speaker, the case also emits a tone to help you locate it. But the new charging case also features a handy lanyard loop (lanyard sold separately) which appears to double as an antenna.

That’s the conclusion that a company called Lumafield floated around after putting the redesigned case under an industrial CT scanner. What the company discovered is something of a surprise. Inside the case, the lanyard loop connects to the Lightning connector which is connected to the logic board.

MacRumors notes that the unexpected find has led Lumefield to speculate that the metal insert could also work as an antenna for the U1 chip.

There’s a new metal eyelet on the side of the case. Apple says it’s for a lanyard, but it seems to serve an additional purpose: it’s 4 mm deep and 18 mm long, with a hidden tail that’s connected to a metal pad around the Lightning port. Perhaps it’s an antenna to support improved Find My tracking.

Or perhaps it’s something much more mundane, like a simple wire or thin metal sheet to ground the exposed metal eyelet, which you might need to prevent electrostatic discharge from damaging the internals.

Hats off to Apple for this very smart, cool engineering!

While the charging case was findable in the Find My app before, at least one AirPod had to be in the case and within Bluetooth range of your iPhone.

But now, there’s Apple’s U1 chip in the case which supports Precision Finding in the Find My app so the experience of locating a lost charging case is much smoother.

The charging case also brings improved battery life and support for MagSafe, meaning you can charge your AirPods Pro 2 case on your Apple Watch puck. Last but not least, the charging case is water resistant.