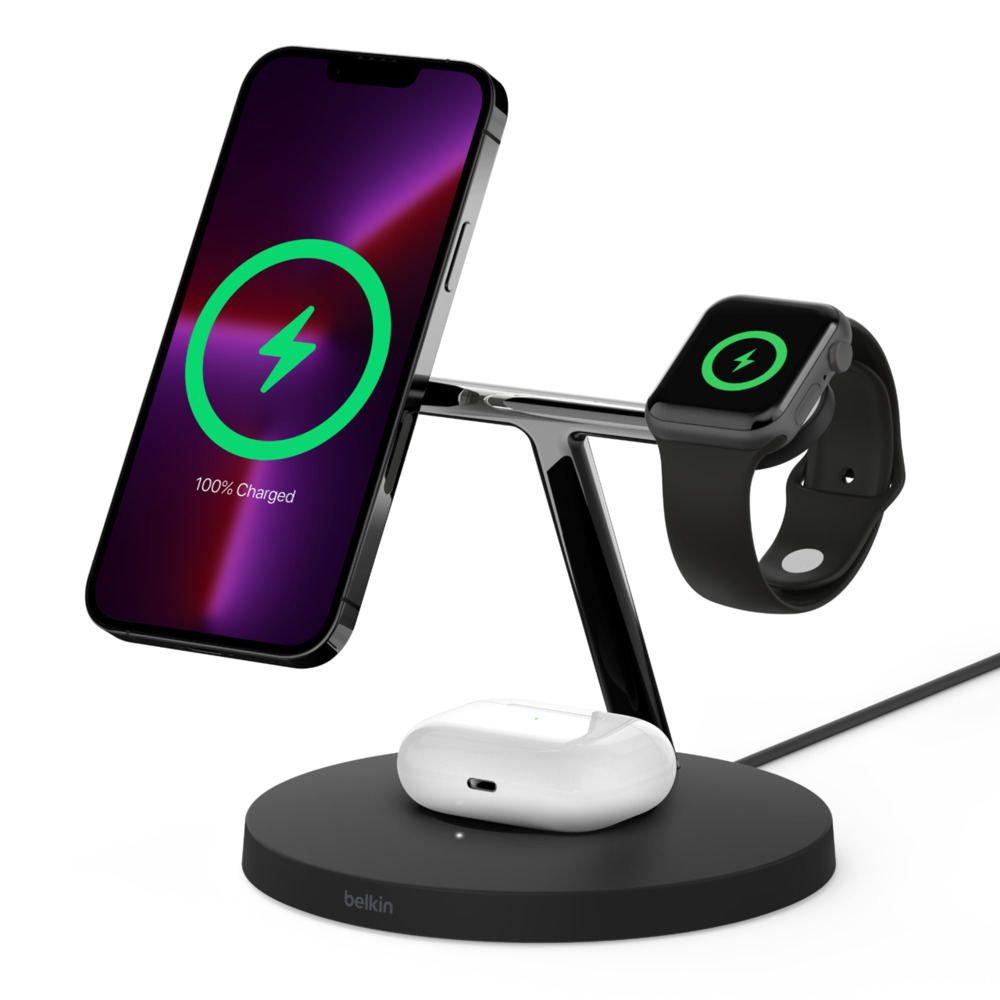 Belkin, one of the most renowned accessory makers for Apple’s range of products, has recently updated a fan favorite with a welcomed new addition. Now, for folks who want to charge multiple devices at the same time, while also fast charging their supported Apple Watch, the 3-in-1 wireless charger can help with that.

Today, Belkin has officially announced a brand new version of its popular Boost Charge Pro 3-in-1 wireless charger. To look at it wouldn’t suggest much has changed, which is true! However, there is something different: support for the fast charging feature in the Apple Watch Series 7. To do that, the new wireless charger supports Apple’s MagSafe wireless charging.

So that should be a welcomed addition to the wireless charging accessory for anyone who does own Apple’s latest smartwatch.