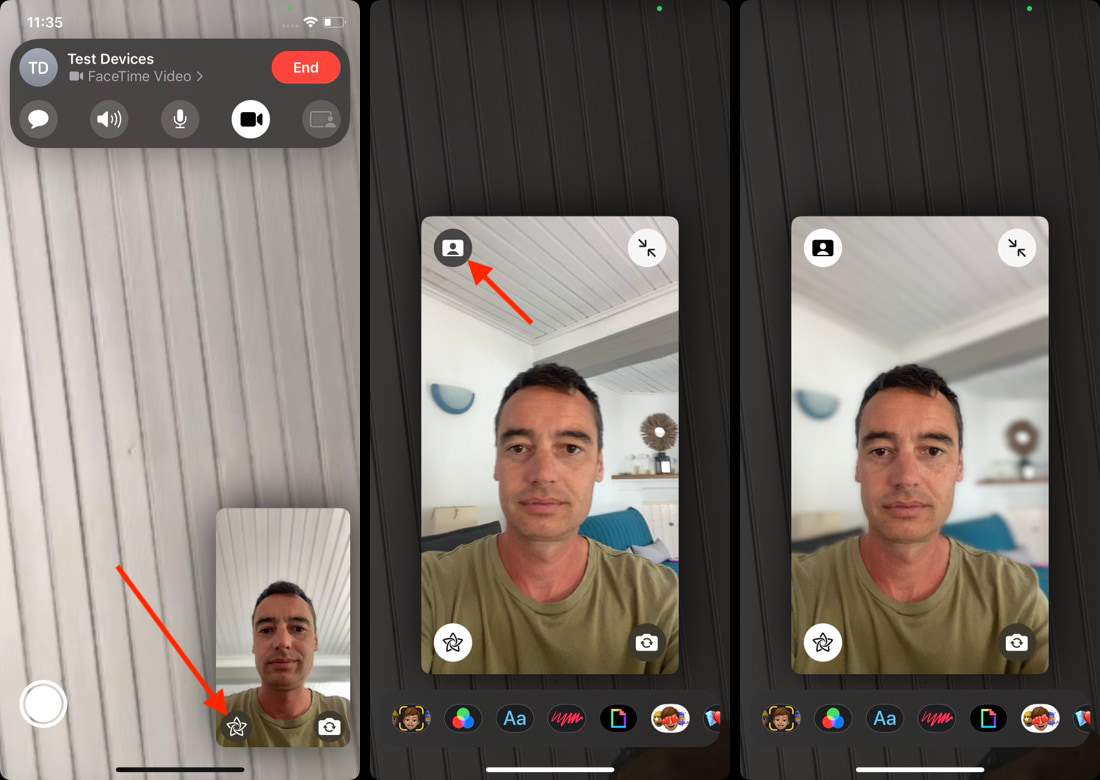 Apple’s latest iOS 15 comes with the ability to add a Portrait Mode in video calls made via FaceTime and other video calling apps. This feature allows the user to add a bokeh effect to the video call, which can help hide the background. It’s one of the really useful and exciting features offered in iOS 15.

In this post, we’re going to show you how you can blur the background in video calls on your iPhone or iPad.

Also see: How to replace your head with Animoji during FaceTime video calls

The new Portrait Mode feature isn’t available on all iPhones. Basically, you’ll need an iPhone or iPad with the A12 Bionic chipset or later. And of course, it has to be running iOS 15. For now, if you want to try on the software, you’ll have to install the iOS 15 beta on your iPhone.

Unfortunately, if you don’t have the above mentioned devices, you will not be able to try out the new feature.

Now that you know about device support, we can enable the background blur in video calls. With iOS 15, FaceTime features Portrait Mode, which makes it an excellent video calling app. Here’s how to turn the feature on.

1) Launch FaceTime on your supported iPhone or iPad.

2) Start a video call and tap on your video view, which is available at the bottom right corner.

3) Once the video view is expanded, you should see a Portrait Mode button on the top left corner.

4) Tap the button to blur the background.

This will instantly blur everything except you. However, the blur isn’t really strong, and can’t be adjusted. It can help hide some mess in the background though.

As mentioned in the beginning, iOS 15 also allows you to add a background blur in other video calling apps. You can enable the Portrait Mode in apps such as WhatsApp, Instagram, and so on. However, the method to enable this feature isn’t the same as on FaceTime. The feature is available in Control Center. Here’s how to add background blur in any video calling app on iOS 15.

1) Start a video call on a third-party app.

2) While on the video call, launch Control Center. On iPhones with Face ID, you’ll have to swipe down from the right corner of the display. With devices that have a Touch ID/Home Button, you can swipe up from the bottom of the screen.

3) In Control Center, tap on the Video Effects toggle.

4) Tap on Portrait button to enable the feature.

You can now tap anywhere outside the tile to return to your video call and see the background blur in action.

The addition of Portrait Mode or background blur in video calls is a really nice feature to have. It improves the video call experience, and brings down the gap between FaceTime and other video calling apps such as Zoom. iOS 15 also brings several other new features to FaceTime such as SharePlay, improved Mic control, and the ability to call Android or Windows users.