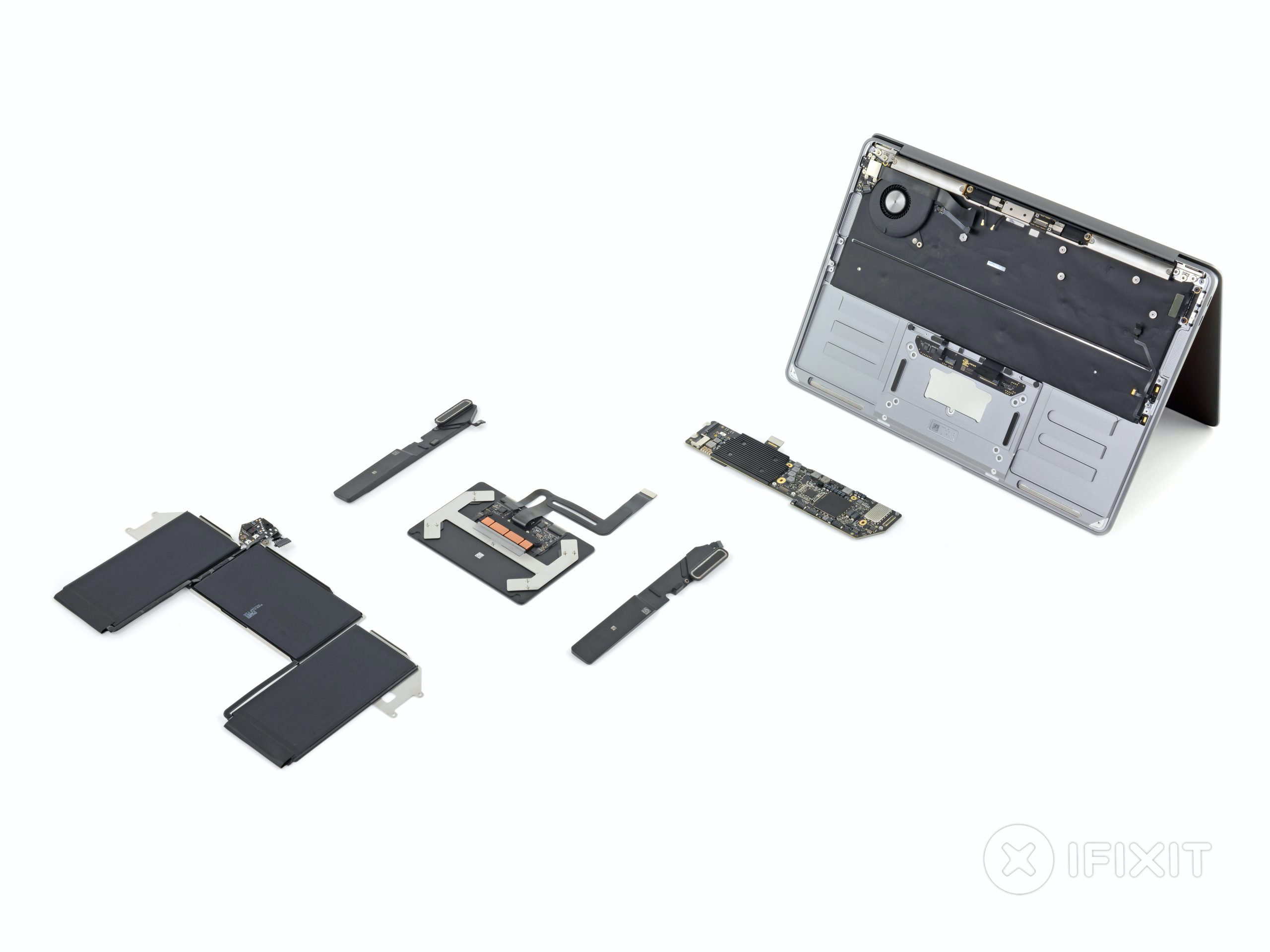 Not too long ago Apple launched a brand new MacBook Air, bringing with it some improvements over the previous model, including an updated keyboard.

So it should come as no surprise that the fine folks over at iFixit have put together a new teardown, this time carefully pulling apart Apple’s newest member of the MacBook family. And of course, the teardown puts plenty of attention on the biggest change: the inclusion of the scissor keyboard. Apple opted to move away from the butterfly keyboard design with last year’s 16-inch MacBook Pro, and now the scissor-switch keyboard is available for the new MacBook Air as well.

For fun: Check out the technical specifications for Apple’s new MacBook Air

The new scissor keys have proven to be generally more reliable than the butterfly keys, which means Apple isn’t feeling a need to install a silicone barrier behind the key caps any longer, either.

Apple has also made an important change to the trackpad as well:

That new trackpad cable configuration pays dividends! Where last year the trackpad cables were trapped under the logic board, they are now free to be disconnected anytime—meaning trackpad removal can happen as soon as the back cover comes off. And since the battery rests under these same cables, this new configuration also greatly speeds up battery removal by leaving the logic board in place. That’s two very tasty birds, one stone, for those of you counting. This is one of those happy (but all too rare) occasions where we can identify a hardware change from Apple that’s squarely aimed at improving serviceability in the existing design. Sometimes they do listen!

The teardown reveals that the new MacBook Air’s scissor keyboard is just 0.5mm thicker than the Butterfly keyboard in the previous model. The new version weighs slightly more than the last, too, coming in at 2.80 pounds, up from 2.75 pounds.

The full teardown is absolutely worth checking out, especially if you like to see how devices like the MacBook Air are put together (or taken apart). The crew at iFixit awarded the 2020 MacBook Air a repairability score of 4 out of 10, thanks in part to the better battery replacement method, quicker access to the trackpad, modular design for the speakers and fans, and more.

The new MacBook Air is available to buy now. It starts at $999.

Did you buy the new model? If so, what do you think of it so far?