iOS 13.4 lets your iPhone listen for Hey Siri even when faced down or covered

You know how you can temporarily prevent “Hey Siri” from listening and stop notifications on your iPhone by laying the handset with its face down, without changing any settings? This underrated feature is called Facedown Detection and it doesn’t require any toggles or initial setup. iOS 13.4 adds a brand new accessibility setting designed to override Facedown Detection’s automatic disabling of Hey Siri when the phone is faced down or covered.

The new toggle is located in your Siri accessibility settings.

If your iPhone or iPod touch is running the iOS 13.4 software, or you have an iPad with iPadOS 13.4 or later, head over to Settings → Accessibility → Siri, then slide a new switch next to “Always Listen for Hey Siri” to the ON position to enable this capability. 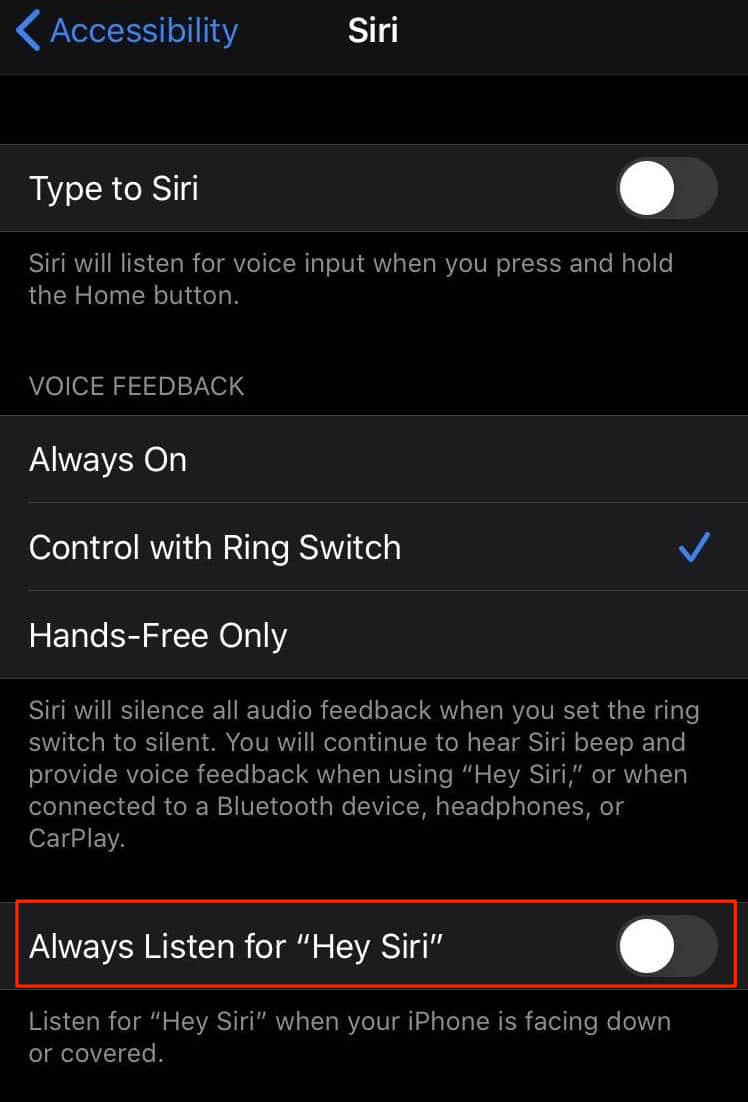 Doing so ensures that the smart assistant will always listen for the “Hey Siri” how word, even when the device is facing down or its front has been covered with something.

TUTORIAL: How to quickly stop Hey Siri from listening on iOS

Facedown Detection is an automatic feature in iOS that uses built-in ambient light and proximity sensors to determine when the handset is laid flat with its face down or its front has been covered. Facedown Detection is a very convenient way to quickly and discreetly mute incoming calls and notifications, as well as temporarily stop Hey Siri from listening.

The feature even helps conserve battery life by preventing the display from turning on every time a new notification is delivered prominently. For those who haven’t noticed it before, iOS automatically switches off “Hey Siri” when your iPhone is in your pocket.

Facedown Detection requires an iOS device with Apple’s M7 motion coprocessor or higher, meaning it’s supported on any iPhone from the iPhone 5s model onward, plus the iPad mini 2 and later, the iPad Air and newer and all iPad Pros.

How do you like the new “Always Listen for Hey Siri” toggle in iOS 13.4?

Let us know in the comments!