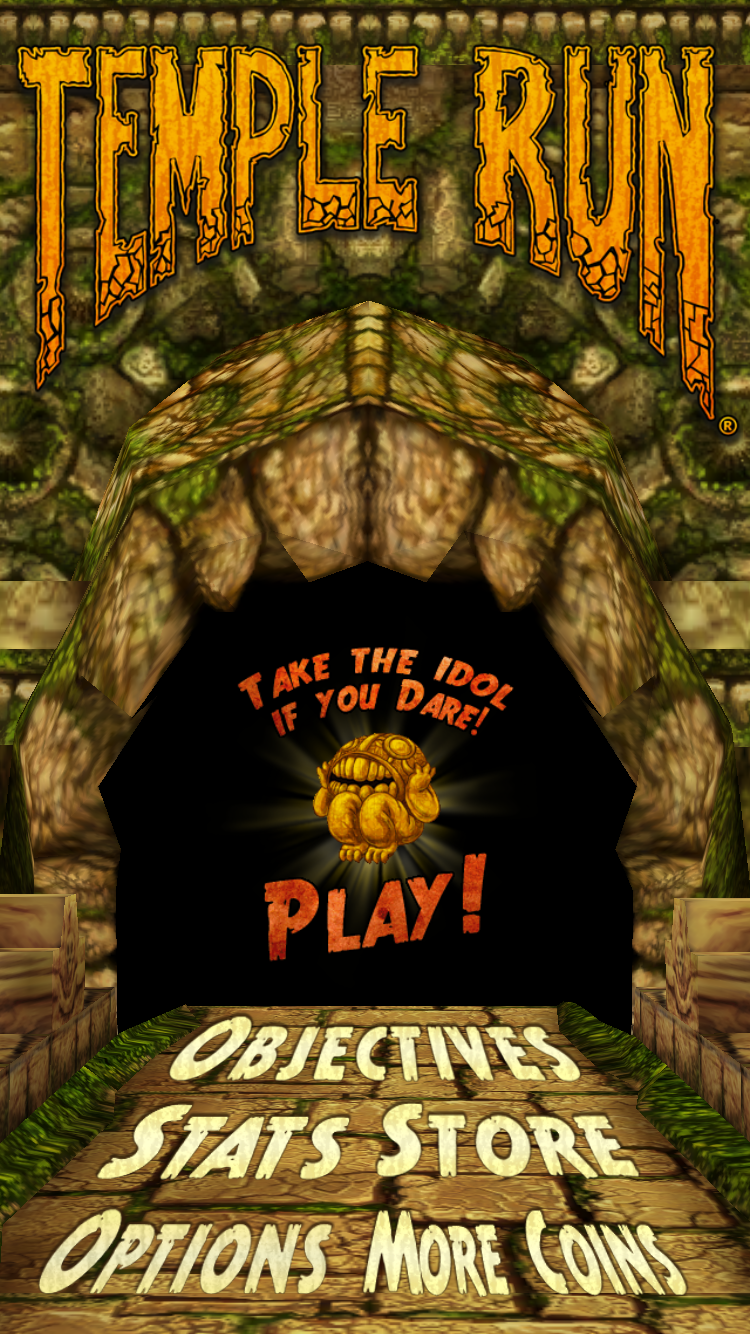 Nowadays, endless runners are a dime a dozen. But back in the day, when the App Store was just beginning, they weren’t as popular. That was until released in 2011. This game took the world by surprise with a repetitive, yet addictive gameplay.

Now, the game remains one of the most popular games on the App Store. Currently, it’s number 11 in the list of action games. It’s been downloaded billions of times, which led to a sequel that has been equally popular. But, is it worth playing the classic ? Or are you better off playing its sequel? Or should you move on to another one of the many endless games out there? Let’s find out in today’s Retro review.

is an endless runner game created by Imangi Studios. Just like many other endless games, you don’t get a deep story or anything like that. You start the game by taking a monkey statue, which makes some monkey-like creatures really mad at you. They’re coming for you. You can run, but you can’t hide. So you start running, and running, and running.

Just like you would expect from these types of games, your goal is to run as far as you can. The farther you go, the harder it gets. You have to jump, slide and tilt your way through several obstacles that are coming your way. If you fall or run into an obstacle, or if you slow down enough for the monkeys to get you, you lose.

If you lose your run, gives you the option to play an ad to continue where you died. The ads might get annoying, but this is a great feature if you’re on a good run and just made a small mistake. The bad part is that, if you decide to not watch the ad to continue playing, you’ll still have to watch an ad to restart the game.

I don’t know if it was just me or what, but if you’re gonna give the player the choice to watch an ad, you should at least respect the player’s choice.

Along the way, you’ll also get coins. These coins are optional, but you can use them to buy different items, characters, and power-ups at the store. also has objectives. These are small tasks that, for the most part, are not that difficult. Most of them are about running and scoring points.

There are also leaderboards for you to compete with other players around the world. And, once you start playing, you can see where other players die. It’s a neat little feature that keeps the game competitive and replayable. 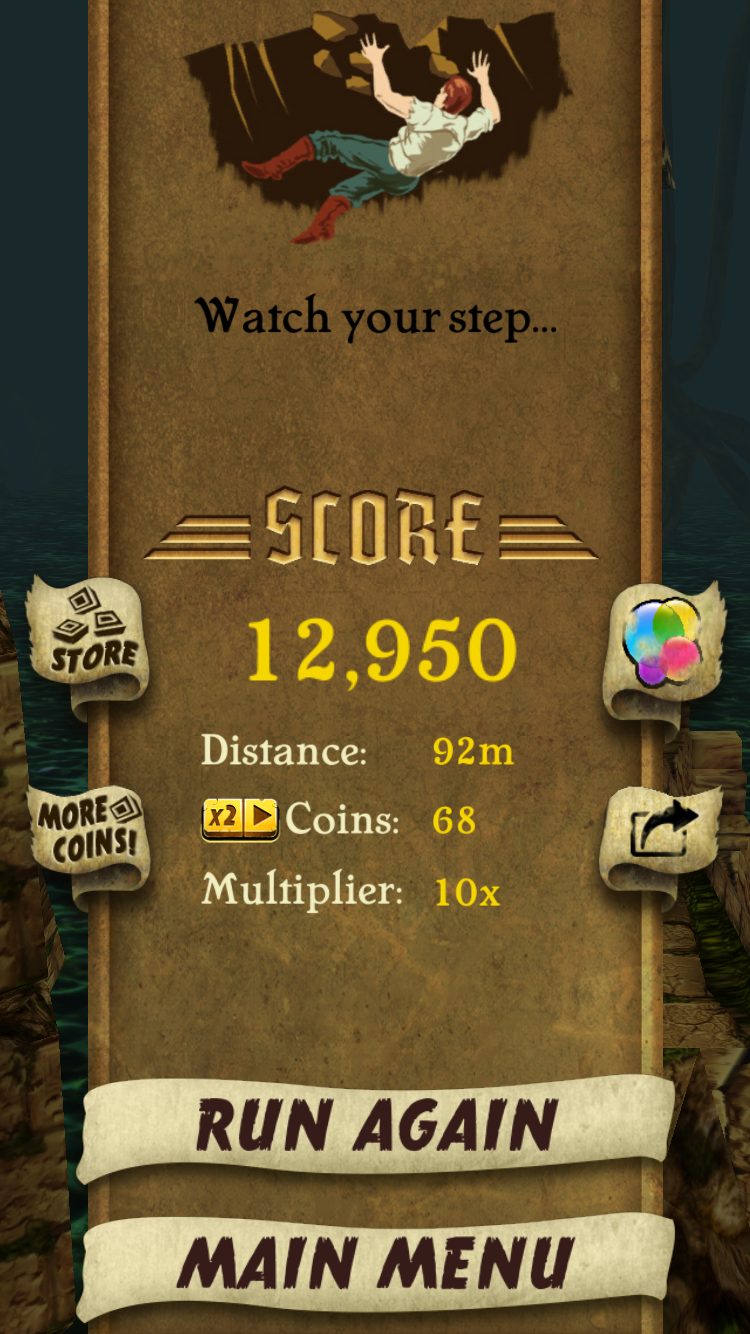 never had breathtaking visuals, but I didn’t remember it being so ugly. The graphics didn’t age well, and the animations look weird now. Of course, you’ll be too busy running away to notice, but the running animations and the overall depth of the game are not as good as it once was. I know it’s not a fair comparison, but its sequel looks better.

The music is repetitive and there’s nothing more to say about it. Mostly, you’ll hear drums and monkeys screaming, so it’s better if you play some music while playing this game.

‘s gameplay is as simple as it gets. The running is automatic and you’ll only have to worry about sliding your finger to jump, slide or move around the corner. You’ll also need to tilt your iPhone to get some coins and avoiding some obstacles. I’m not a big fan of the tilting mechanics since you can die or slow down if you make a sudden move. But, on the bright side they’re responsive, so you won’t die because of the game not picking up your movement.

There’s no denying that is a true classic. People all over the world still play it to this day, even its sequel that came out in 2013. If you want to relive some good old memories, you might want to download for free. However, with its sequel having more items, better graphics and events that are updated from time to time, I believe you might get more fun out of 2 which is also free in the App Store. While the graphics are not a deal-breaker, the worst part of is having to watch ads whether you like it or not.