If you’ve been playing mobile games for a while now, you probably know about . Hands down, one of the best mobile games on the App Store in my opinion. Or at least it was back in 2012 when it first released for the iPhone. This game was praised by its simple gameplay and great graphics and it quickly became the #1 paid app in a lot of countries.

Now it’s time to see if this fun little game has survived the test of time. Is it still worth paying the $0.99 for this game? Or are you better off buying its sequel?

– Between a rock and a snowy place 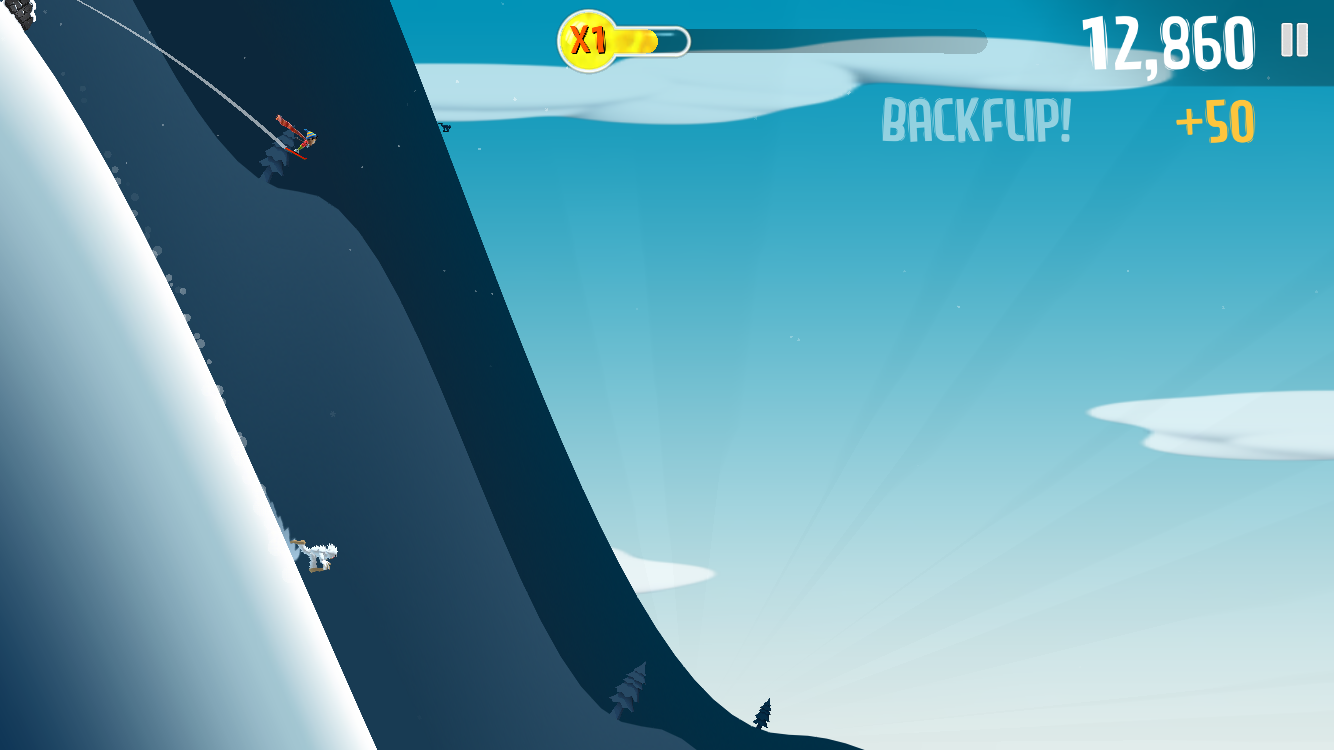 is an endless runner game developed by Defiant Development. You start the game by sleeping peacefully in your cabin until an avalanche comes your way. Luckily you survive by skiing away on your bed until you hit a rock. That’s when you wake up and the action starts.

Your main objective is to survive as long as you can. You’ll have to avoid obstacles, collect coins, and ride different kinds of animals to get as far as possible. The farther you get, the more things you’ll unlock, like new slopes.

helped define the endless runner game genre for mobile. Thanks to this game, we have game progression without levels or bosses. That’s because of its achievements. You’ll start with three achievements you complete by playing the game. These achievements will help you get a higher rank within the game. While you can’t compare your rank with other players, it does give you a sense of accomplishment and it’s something to look forward to when playing. 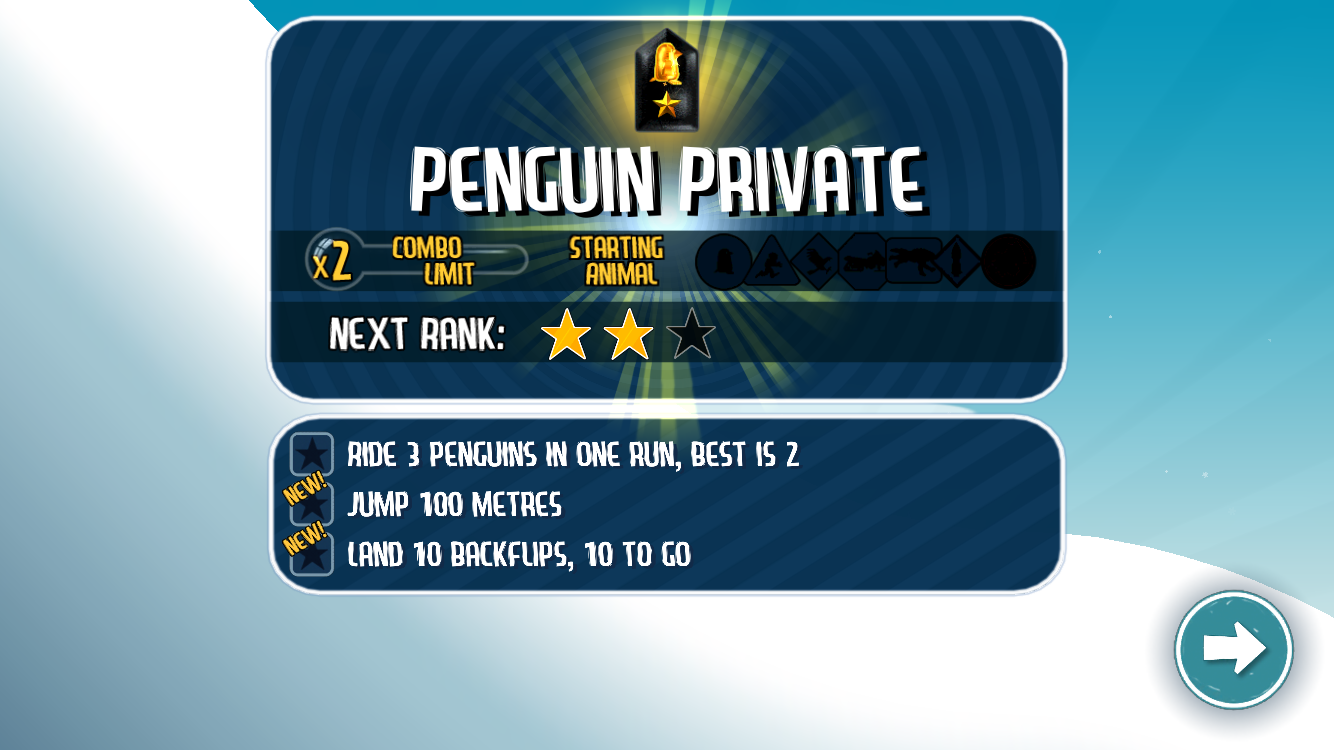 You collect coins, which you need to buy stuff from the store. You can buy different rides and skins. If you want you can use real money to give you a boost in the game, but fortunately it isn’t necessary. You get the coins you need simply by playing the game, and you won’t feel like it’s a grind. Most of the time, at least. 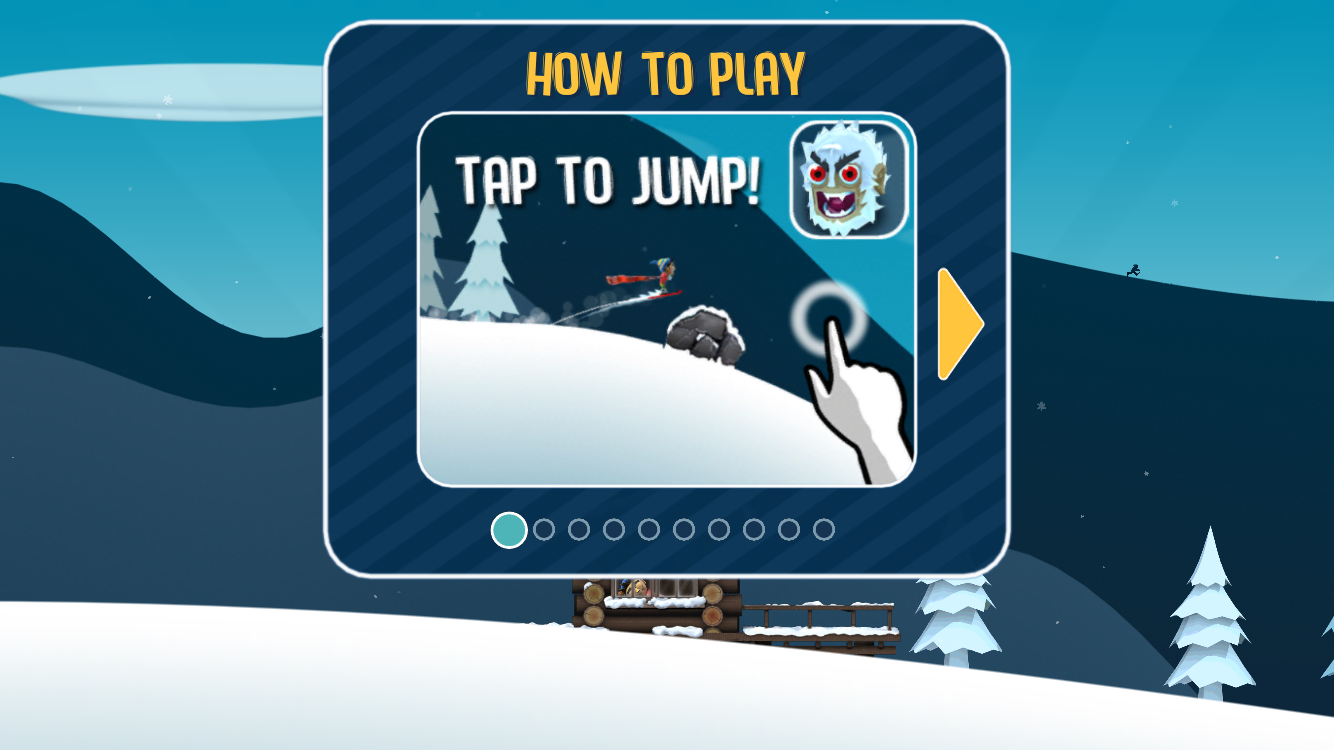 Simplicity is the name of the game when it comes to ‘s gameplay. You only need to tap. If you want to jump, you tap once, you hold your finger if you want to do a backflip while you’re in the air, and you tap several times to recover from a fall. Obviously, the farther you get, the harder it will become to stay away from the avalanche. There will be a lot of obstacles in your way, so it’s better if you can ride on an animal to improve your chances.

Despite having such simple gameplay, the experience doesn’t feel boring most of the time. Maybe it’s just me and my nostalgia, but I really enjoy jumping around the snow. That being said, it might be boring for some of you to be in the same environment all the time. The game does have custom scenery, but I think 2 does a better job keeping things interesting.

Sound is ok on , but it’s nothing worth listening all the time. The graphics remain the same as they were before. They’re nothing extraordinary, but the team had attention to detail and they’re really well made. Especially the Yeti.

remains as one of the best games available on the App Store. Its simple mechanics and overall gameplay keeps you playing. This is definitely game you should replay if you have it already.

That being said, for those of you haven’t played the game before, I would recommend to get 2. You’ll get more out of it for the same price.