Who would have thought that such a simple game with some birds with anger issues would have become so big that ended up getting spin-offs, animated series, and even movies? I’m talking of course about the Angry Birds franchise, a simple game about birds trying to recover their eggs from a gang of piggies that want to eat them. Not the smartest plot, but it worked at the time.

Angry Birds 2: Fun for almost everyone

Angry Birds 2 is a free-to-play game developed by Rovio Entertainment Corporation that released in 2015. Like mentioned before, the game is about hitting piggies that are on top of constructions with the help of your birds and a slingshot. It’s a physics-based game, so you’ll have to aim properly to cause as much damage as you can with your birds.

You’d think that after doing the same thing over and over again, the franchise would become boring. But this is a case of “don’t fix it if it’s not broken.” Kind of like Skyrim. The reason is that you don’t get Angry Birds 2 expecting something new. You expect to experience what you felt with the first game. And you do feel that way, just not entirely. Let me explain. 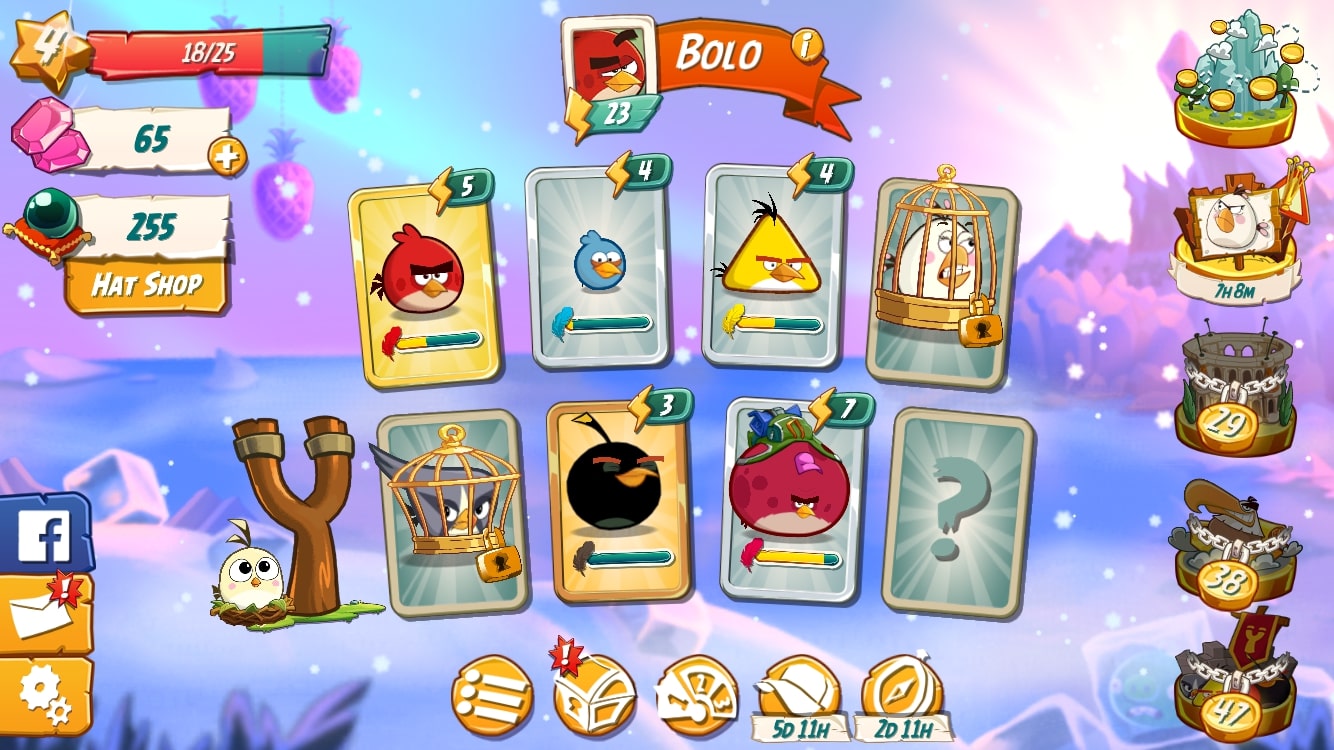 One of the best features of Angry Birds 1 was its simplicity. It was the first time I heard the term “easy to learn, difficult to master.” The game as a whole was simple. With Angry Birds 2, however, you get a lot, and I do mean a lot of features. To give you a few examples, you get chests, you can hatch eggs, you have daily challenges, events, hat events, tower of fortune, you collect gems, you and the birds have a level progression, you open chests, you collect items, and a lot more. You feel overwhelmed? Wait until you play the game.

The experience: The F2P is strong with this one

If you don’t mind having all the extra stuff I mentioned before, the game is a great experience. The music is good, although a little repetitive and the graphics are as great as always. But the gameplay is the best feature.

You aim at your target, you pull the slingshot with your finger and you release to shoot a bird. While in the air, some birds have special powers you can activate. You can also use spells like a snowflake to make everything made of ice or a rubber duck to make rubber ducks rain. Makes sense! 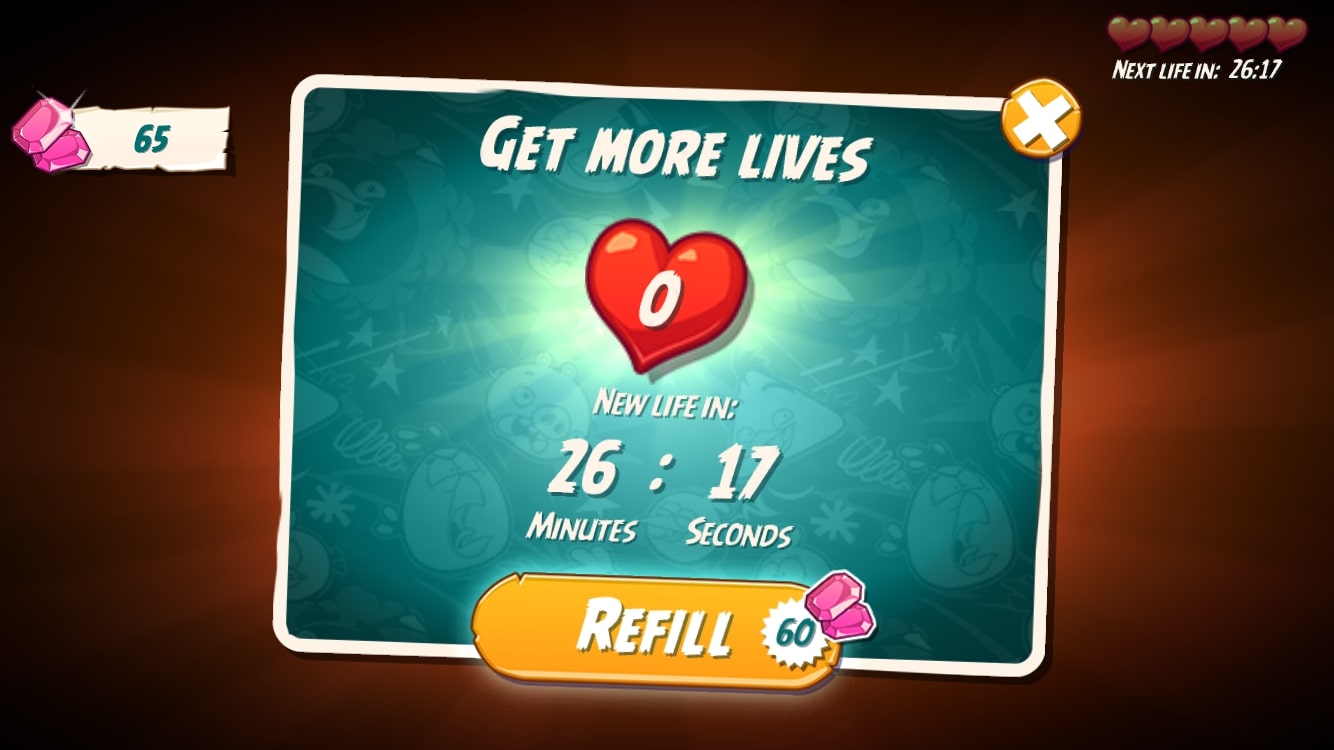 One thing that I don’t like is the F2P aspect of this game. Starting with the fact that in this game you have a limited amount of lives. You have 5 hearts and if you lose them all, you need to wait 30 minutes. If you want you can refill all your lives with the help of gems. That really spoils your whole experience while playing.

Other things like the intrusive special offers, ads to make you keep playing and the loot box system you find in games like the Tower of Fortune are there to force you to spend.

It’s not been that long since Angry Birds 2 released, so the game has stood the test of time. The gameplay, the graphics are the game’s best features and is still fun. If you get this game for the first time, you’ll actually feel like it’s a brand new game. It doesn’t feel old or outdated whatsoever.

Usually, I use the end of the review to recommend more recent games that are slightly better than the original. But in this case, I’m actually recommending older games. Games like Angry Birds Star Wars II and Angry Birds Rio are better experiences for a free-to-play game.

The good news is that Angry Birds 2 is free, so you can check it out for yourself, and let me know in the comments what you thought of it.