Ticket registration for developers is open today through March 20 at 5pm PDT via the WWDC website. Apple stresses that tickets are issued through a random selection process, adding that applicants must be members of the Apple Developer Program or the Apple Developer Enterprise Program as of March 14, 2019 at 9am PT.

Developers will be notified of their application status by March 21 at 5pm PDT. Only the developers who win the ticket through the lottery system will be permitted to purchase it.

The Cupertino technology giant also acknowledged what we have suspected all along—that the conference will be live-streamed through the official WWDC app for iPhone, iPad and Apple TV as well as through the Apple Developer website.

Now in its thirtieth year, Apple’s biggest event will bring together the world’s most innovative and creative developers. With more than 1.4 billion devices now running iOS, macOS, watchOS or tvOS, WWDC 2019 will give attendees insight into the future of these platforms and work alongside the Apple engineers behind the technologies and frameworks developers rely on.

WWDC is an opportunity for developers, enthusiasts and customers to learn about not only the latest in Apple’s software platforms—iOS, macOS, tvOS and macOS—but also about latest initiatives in machine learning, augmented reality, health and fitness and more. 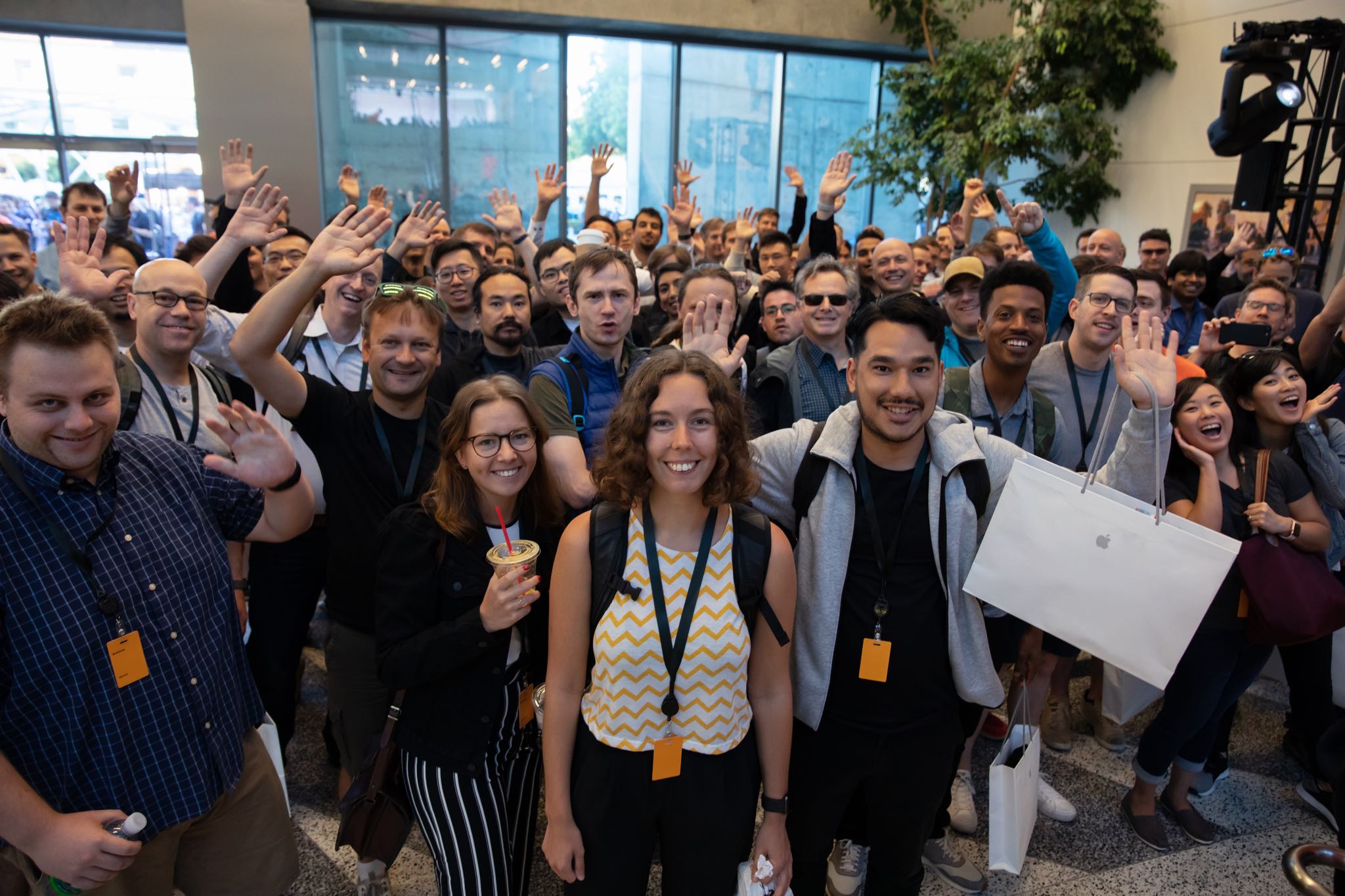 Like in years past, there will be many technical sessions at this year’s conference, including hands-on labs and guest speakers who will be discussing the aforementioned topics. We’ll be covering everything important before, during and after the conference.

WWDC is Apple’s biggest event of the year. It brings thousands of the most creative and dedicated developers from around the world together with over a thousand Apple engineers to learn about our latest platform innovations and to connect as a community.

Our developers are incredibly passionate about creating the next generation of mind-blowing experiences for the world through apps. We can’t wait to get together with them and share what’s next.

Lastly, there will be 350 WWDC scholarships this year.

WWDC 2018 was attended by students spanning 41 different countries, with WWDC scholarships providing students and members of all STEM organizations an opportunity to earn a free ticket and lodging for WWDC. A WWDC Scholarship includes a free conference ticket along with free lodging and a free one-year membership to the Apple Developer Program.