FTC now sending out $1.7 million in refunds to those deceived by tech support scams 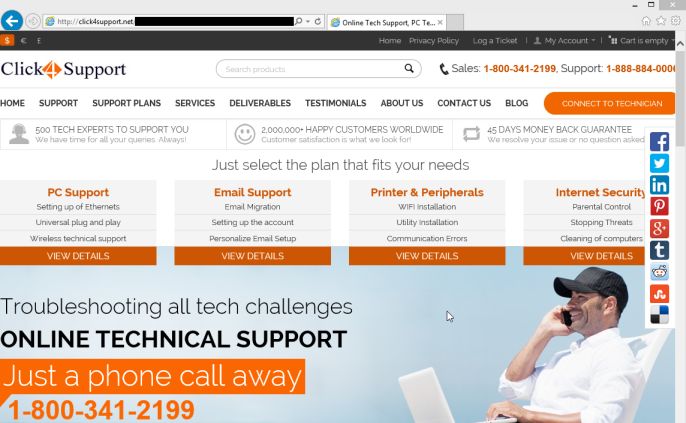 The United States Federal Trade Commission (FTC) has confirmed that it is now sending out refund checks, worth $1.7 million in total, to people deceived by tech support scams.

The tech support scams were all over the place at one point in time, with companies like Click4Support promoting advertisements across the web suggesting they were official tech support from the likes of Apple, Microsoft, and other big name companies. The ads would trick individuals to have them call a specific number, and then go through a tech support session they did not need.

The fake companies in this situation would gain remote access to computers, and then identify fake malware or viruses that were definitely not actually present on the machines in question. The representatives for the companies would then charge for the services in various ways. It could be a single charge, which could be priced starting at around $70, or thousands of dollars for monthly “service plans” to keep people on the hook.

Click4Support, along with other companies like it, were shut down back in 2015. At the same time the FTC filed legal action against the companies. Now, years later, refunds are starting to finally be sent out to people who were tricked into the scams.

The refunds average $30 each for the victims. Some people will receive those refunds by check, while others will get the refund via PayPal.

The FTC will begin providing 57,960 refunds averaging about $30 each to victims of the scheme. Most recipients will get their refunds via PayPal, but those who receive checks should deposit or cash their checks within 60 days, as indicated on the check. The FTC never requires people to pay money or provide account information to cash a refund check. If recipients have questions about the refunds, they should contact the FTC’s refund administrator, Rust Consulting, Inc., at 1-877-389-4472.

For those people out there who want to be in the know regarding potential phishing scams or other nefarious plans, Apple has a dedicated page on the matter to help you avoid them.