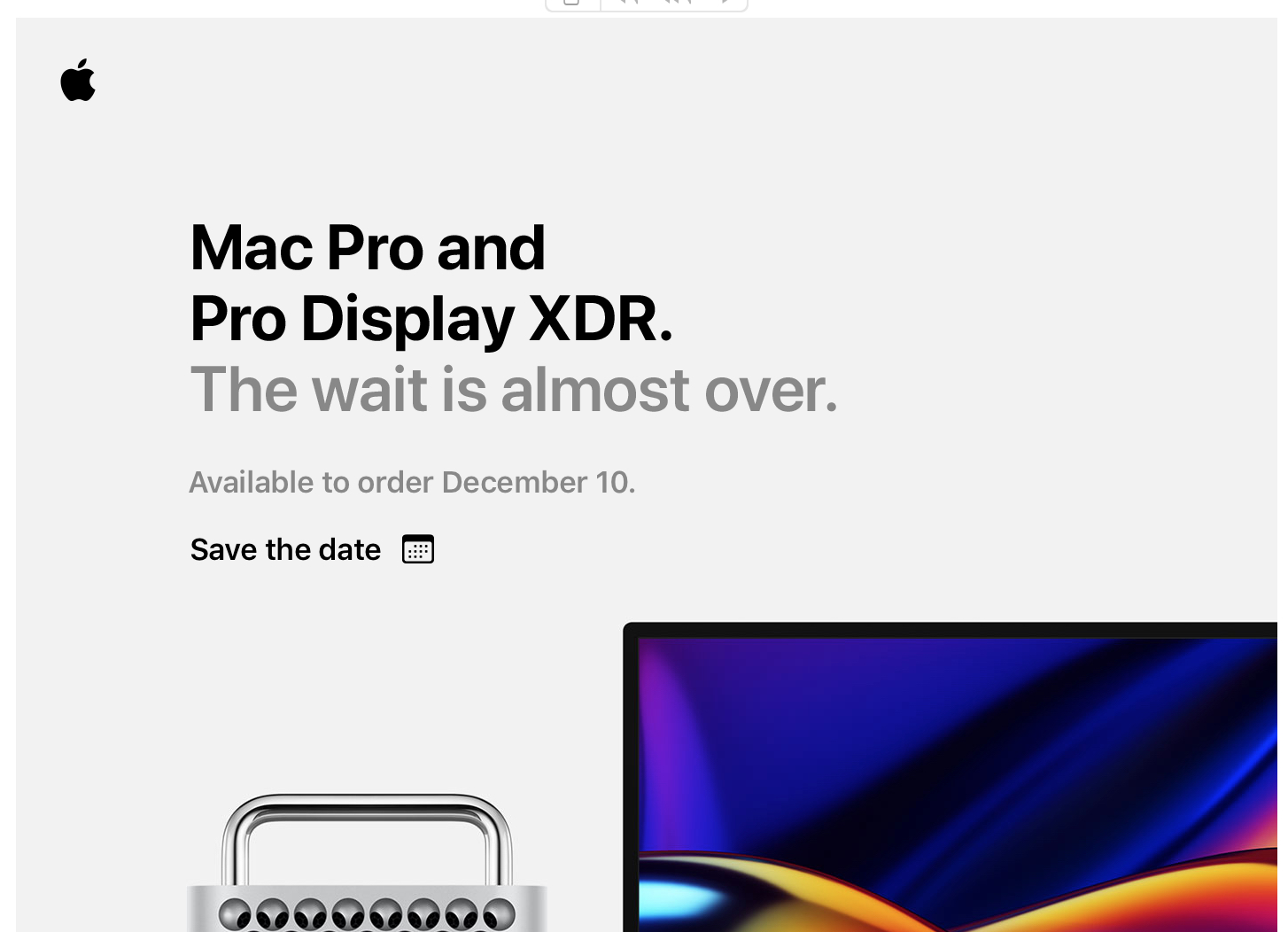 Apple has sent out an email to customers alerting them that it will start taking orders for the new Mac Pro and Pro Display XDR beginning on Tuesday, December 10, 2019.

Apple revealed the Mac Pro at its Worldwide Developer Conference (WWDC) in June. In October the company confirmed plans to ship it in December, but this is the first time the company has said when it will take . Apple seems to be repeating a pattern established with the launch of this model’s predecessor, which debuted in 2013.

Unlike that model, the new Mac Pro is an aluminum-clad parallel processing powerhouse, a modular computer with gobs of internal expandability. It will be priced starting at $5,999. An accompanying Pro Display XDR model will be available at the same time for $4,999, with a separate $999 Pro Stand also available to order.

The email went out to customers who previously signed up on Apple’s site to be notified when Mac was available.

The new Mac Pro launches later this month in configurations starting at $5,999. The matching Pro Display XDR monitor will also be available for $4,999, with a separate $999 Pro Stand.