DoNotPay app lets you sue someone with your iPhone 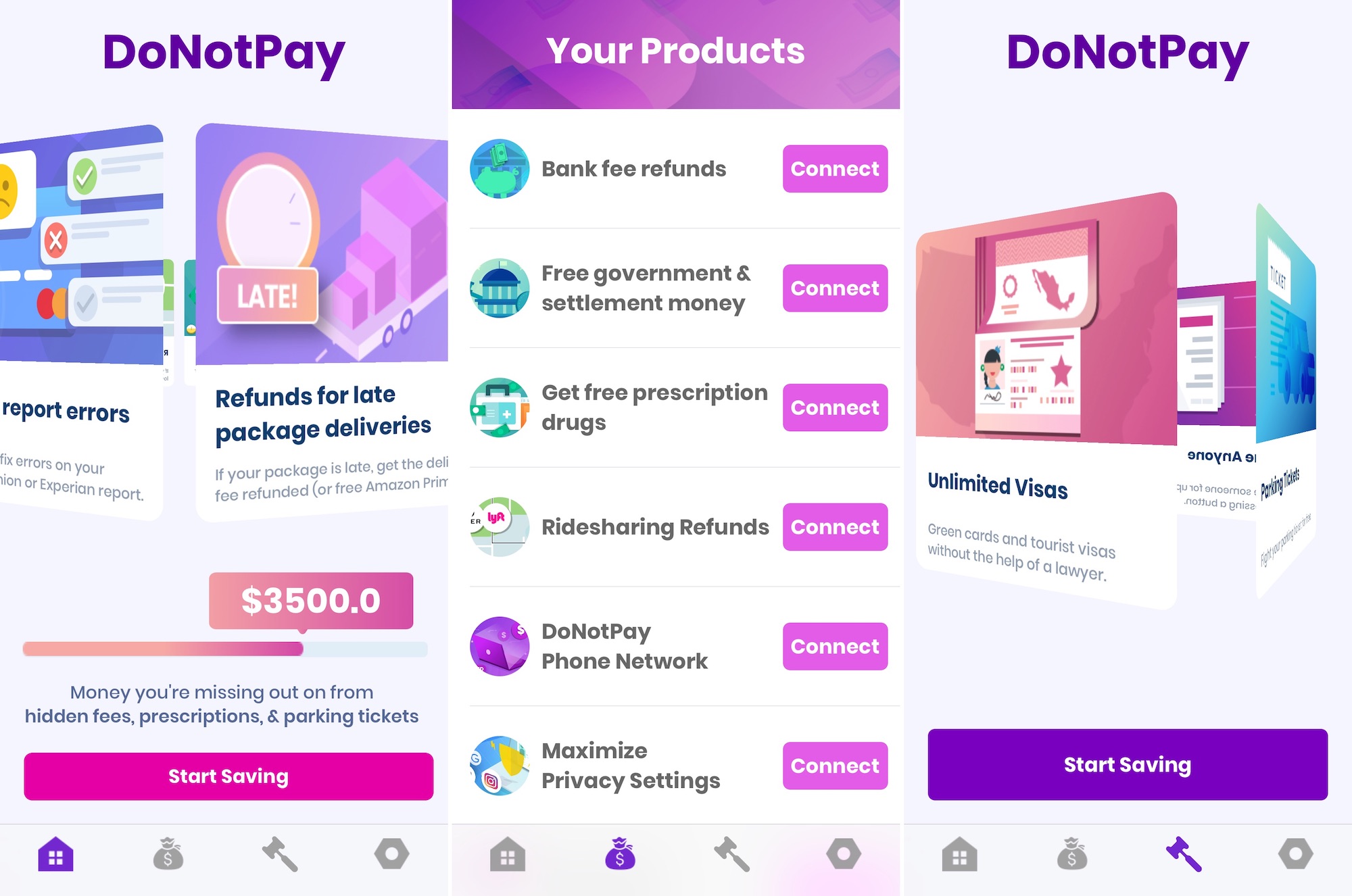 There’s a new app that lets you “sue anyone by pressing a button.” The aptly named DoNotPay app uses IBM Watson-powered artificial intelligence to help people win up to $25,000 in small claims court.

Created by 21-year-old Stanford senior Joshua Browder, the free app works in all 50 states and the United Kingdom. It’s intended to help people file lawsuits for issues like parking ticket disputes or unreasonable bank, credit card, and overdraft fees. You can also use the service to make claims for government and class action settlement money or to track your packages to earn refunds for late package deliveries.

According to Motherboard, who discussed the app with Browder, during beta testing the app has a 50 percent success rate with average winnings of around $7,000. In total, it helped users get back $16 million in disputed parking tickets.

To sue someone with DoNotPay, you’ll be asked a series of questions about the legal issue. Once you do, the bot tries to classify your case into one of 15 different legal areas, such as breach of contract or negligence. From there, the app will draw up the appropriate legal documents, which you can then print. From there, you can file the paperwork with your local courthouse or municipality.

DoNotPay will also give you a script to follow in the event you must discuss the case in court.

Best of all, the app’s services are provided for free.

Of the incident, Browder notes:

At the time, lawyers said it was crazy, they said how can people represent themselves in small claims court before a big corporation. I was shocked, actually, when people started winning these cases for like $9,000 without the help of a lawyer. So that helped me realized if I can do it with Equifax, I can do it with everyone.

It’s going to be interesting to see where DoNotPay goes from here now that it’s available to use anywhere in the U.S. On the surface, it sounds like a useful app that could make it easier for individuals to seek and achieve justice on small legal issues. However, call me skeptical, but I’d still like to hear more about the service before calling it a success.

Is DoNotPay sound like something you could use? Let us know below.

You can download the DoNotPay app on the App Store.